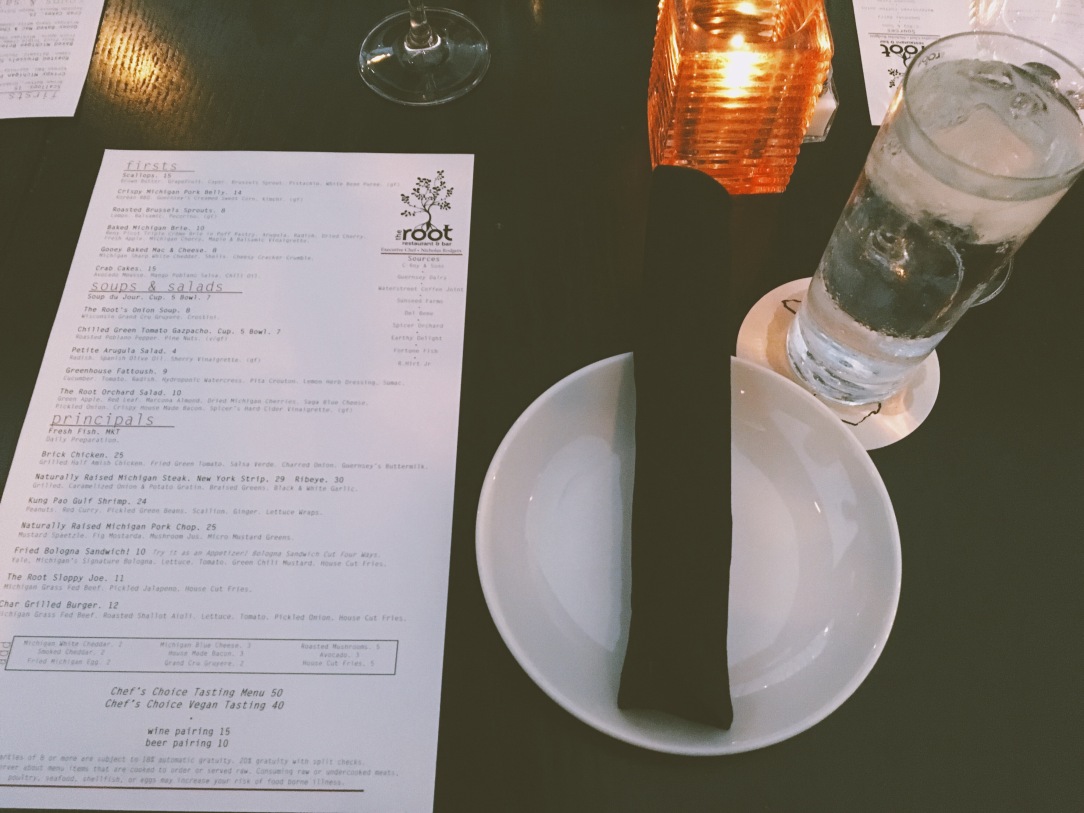 When I first sat down and interviewed executive chef, Nick Rodgers, of The Root Restaurant & Bar two years ago — I couldn’t wait to try the food.

But it was 12:30 p.m., I was on the job, and I knew taking a chef from his kitchen meant we had limited time — and I wanted to get to the root of The Root.

So we had our interview. I left. And sadly, didn’t have the opportunity to come back.

“We like to say around here that delicious is the only rule,” he had told me.

Little did I know, two years later I would finally be sitting down for a real deal vegan meal at The Root. 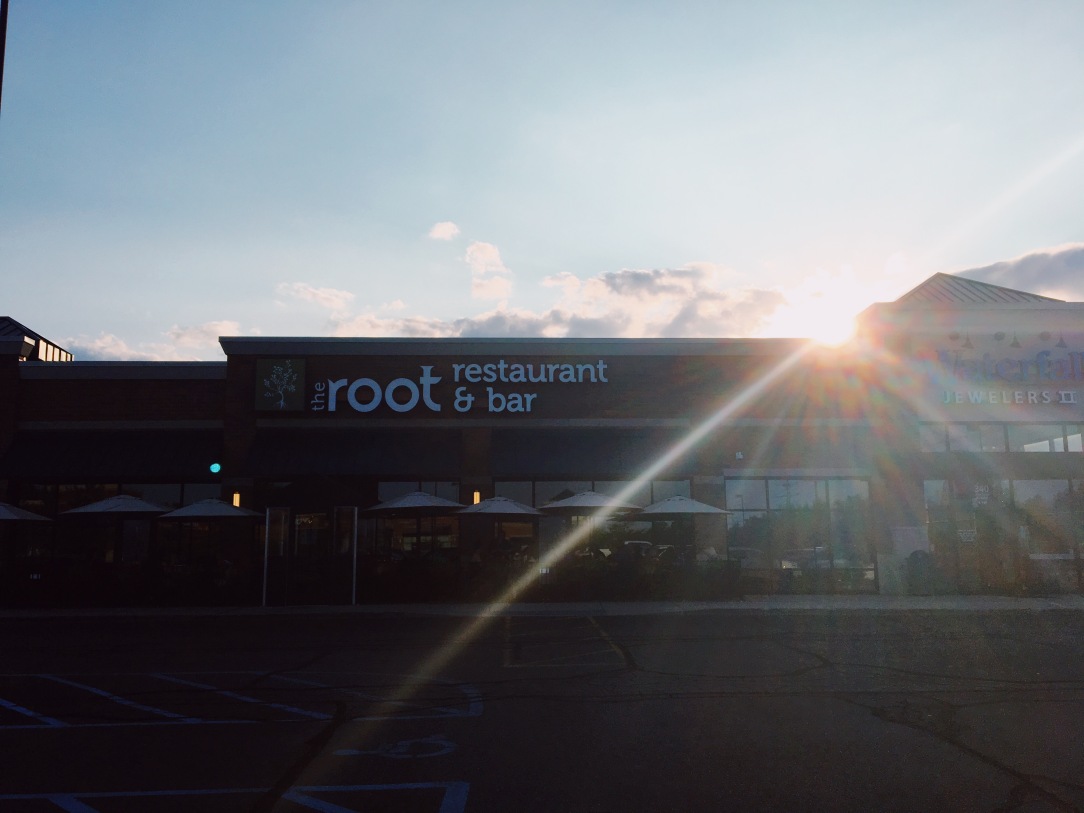 Anticipation was so heavy in the air you could cut it with a cake knife as our group of foodies made it into The Root for our 7:45 p.m. dinner reservation.

All except two of our group of six had dined there before, and we had been waiting to try it out.

The first thing I noticed, was what I noticed two years before — the unique atmosphere. A mixture of modern architecture fused with a Michigan woodland theme — The Root is inviting for lake dwellers in flip flops and shorts or those dressed for a classier evening out.

I like a venue that doesn’t discriminate against its audience.

Likewise, our waiter (also a former chef) informed us upon sitting down that there was a vegan special of the evening: an heirloom tomato tart filled with caramelized onions. Or, if one was especially hungry, a vegan tasting menu for $40 per person was available as well.

I chose the former.

I mean… heirloom tomatoes + caramelized onions = heaven, in my book.

But first, our group started out with a basket of warm foccacia (vegan without the butter), a bowl of balsamic-glazed Brussels sprouts (vegan without the cheese and cooked in vegetable oil instead of chicken stock), and the house guacamole with pickled onions and slices of grapefruit on top, served with homemade corn tostadas.

We then moved on to our main course. Four of us ordered the vegan heirloom tomato tart, and two ordered a meat meal. 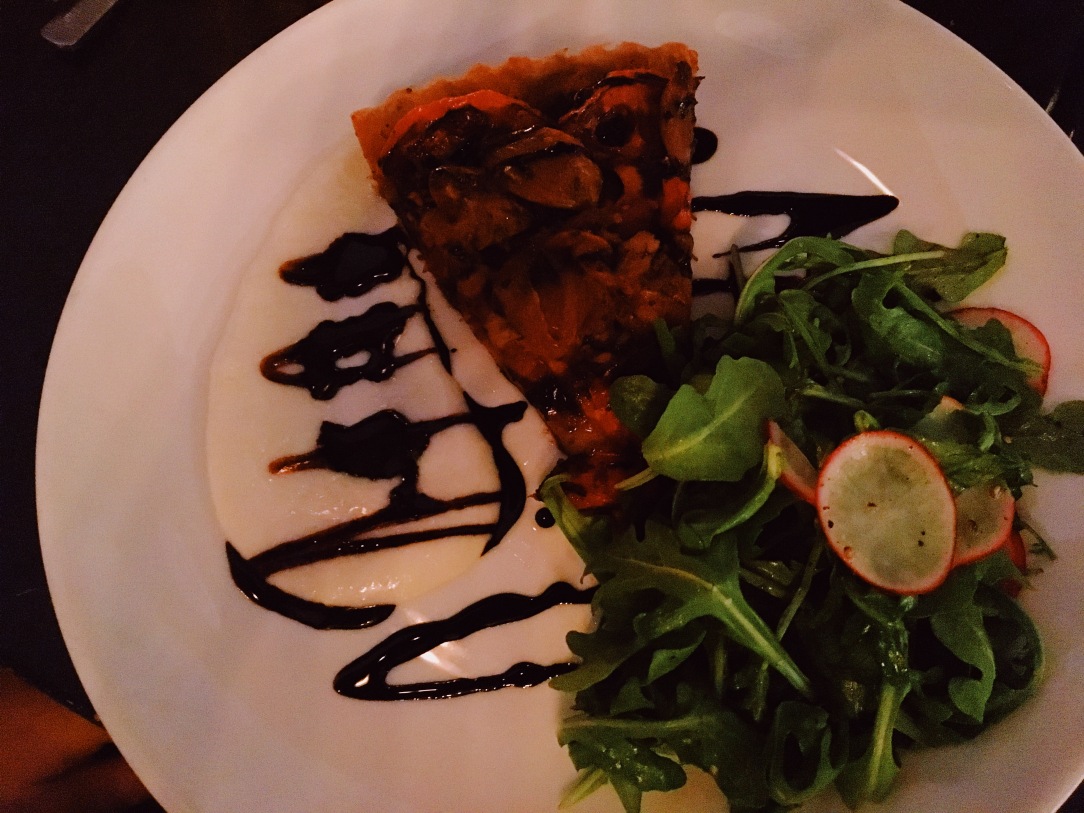 As excited as I was about the vegan tart — which was in an almond-based crust, I was quickly disappointed.

What would probably have been a delicious meal, was sadly dowsed in balsamic vinegar so heavily — it was all I could taste. The other three who had ordered the vegan tart felt the same way.

While I was beyond pleased to have so many vegan options at an omnivorous restaurant, it was a bummer to have a meal that was sub-par.

Alas, we carried on to dessert… like wounded soldiers on the battlefield.

With one vegan option on the menu — the chocolate sesame tart — we ordered one to share amongst ourselves.

A bit too burnt tasting for me — I enjoyed the “ice milk” which had pieces of crushed pretzel inside. (But I have a really discerning palate.)

Overall, I had a pleasant experience at The Root, though all the hype did not live up to my expectations.

Would I go back? Sure.

I just would probably get the vegan tasting menu and tell them to take it easy on the balsamic.

Have you ever eaten at The Root or Mabel Gray? Let me know in a comment below!

home away from home
First time in Mexico was a trip. New moon, Kundalini yoga, margaritas, breathwork, swimming in the sea, seeing monkeys, the smell of copal everywhere, dancing on the beach at night, and celebrating 10 years of love.
a postcard from Tulum
ho ho ho 🎄
Great people. Great food. Great times. Thanks for the mountain mems, frands. 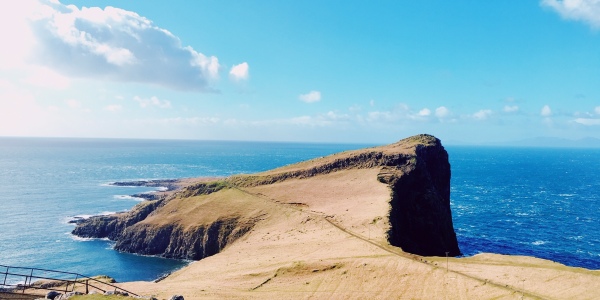 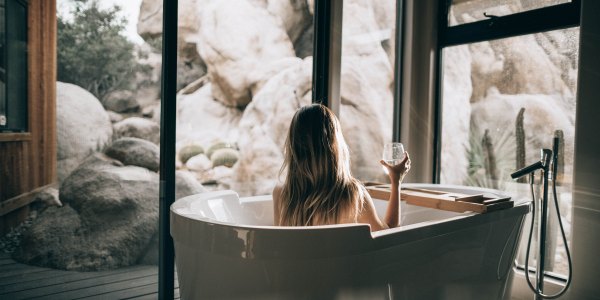 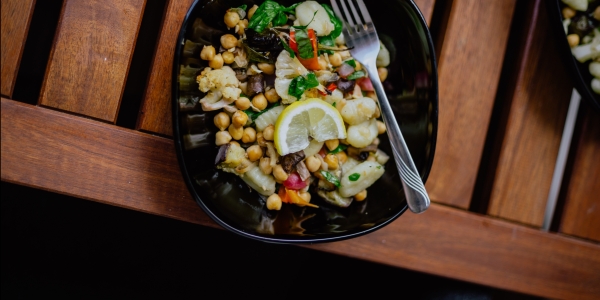 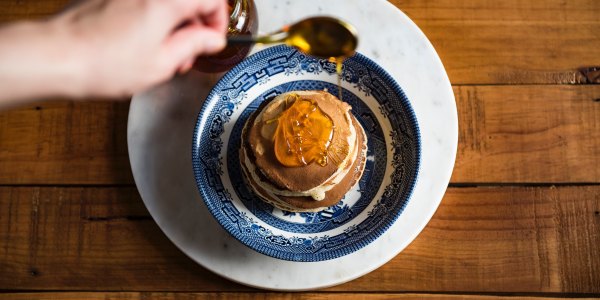